The theme of this creation was based on the legendary Porsche 956 and its Rothmans racing livery. The car was introduced in 1982 and although weighed only 800kg (1,765lb) it developed over 630hp. The car went on to not only win the 24 Le Mans but was followed by the 2 other factory machines to complete the podium. The 956 still holds the lap record at the Nurburgring ring with an average speed of 126 mph. Safety concerns led to its demise after a fatal crash in 1985 and was eventually replaced by the 962.

The geometry of the frame was conceived with one thing in mind. Getting across the finish line first. Super tight chain stays and steep head tube angle helped make this a pure race machine. In the words of its owner, this was the bike you would want in the finishing throws of Milan San Remo or Paris Tours.

The integrated design of the bars, stem and seat post really helped set this design off and add to the continuous flow.

We matched the Fizik saddle exactly to the Rothmans blue.

There was never any question about which components would adorn the bike. Campagnolo Record was used throughout and complimented by Enve’s 6.7’s. The US manufacturer also supplied the fork, seat post, bars, stem and the tubing for the main triangle.

This design nearly didn’t happen as the initial brief was far less inspiring. We learned a lot about how we could improve the process and how best to tease everybody’s dream bike from their soul. It’s not supposed to be easy but we like to think we’ve removed part of the apprehension of creating a custom bike.

With a theme based on such a prestigious background, its perhaps only fitting that this bike was awarded the Campagnolo choice award at Britain’s national show, Bespoke. 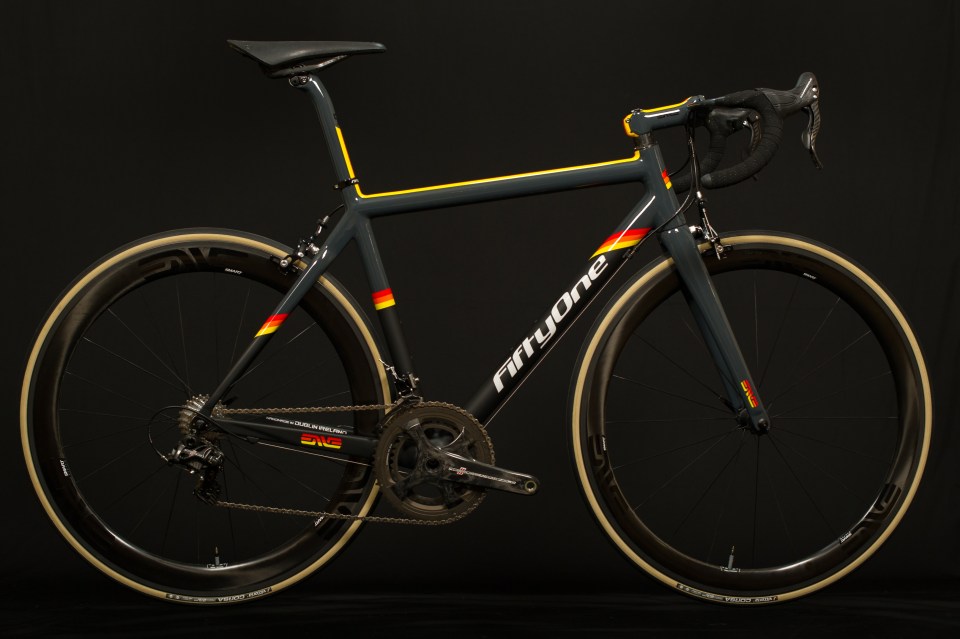