Aged 46, Jason Black is Irelands leading global endurance athlete, summiting Mt Everest via the treacherous north face route. He is a multiple world mountaineering speed ascent record holder and currently has his eye focused on the biggest of them all, K2. His passion for no limits is simply insatiable.

Jason often exchanges the dizzy heights for the super long endurance found in UMCA road events. He has completed the 900km Race across Italy and was the winner of the 1000km race across Ireland. 2018 will see him take on the legendary Race across America (5000km).

With a history in road racing, Jason had to alter his physical and mental preparation for the long hours necessary to compete in endurance events. Gone are the days of KOM’s and sprints, now it’s all about the long game. With this in mind, Jason realised that an off the shelf frame would no longer be an option. “The endurance game is about comfort, if you’re not comfortable, small issues become big issues. I wanted a bike that was essentially an extension of me” To achieve this we looked back at previous bikes. What worked and what didn’t. Together, we studied the course and deliberated over every component. Jason used the same meticulous organisation to plan the build as he did an ascent on Everest.

Jason wanted a bike that would not only enable him to create his legacy, he also wanted to create a rolling work of art that had a much deeper meaning. The name of the bike, Route 841 tells a magical story.

Jason grew up chasing the back wheel of his younger and more talented brother Billy. It was thanks to Billy that Jason had fallen in love with the sport of cycling. They trained together and competed nationally. In 1997, Jason tragically lost his brother in a motorcycle accident while both together in America. Next year’s Race Across America traverses close to Route 841, where Billy Black passed away.

Jason named the bike to pay homage to his late brother and give him the extra motivation to complete the battles of RAAM for Billy and himself.

But that’s not all,

We enlisted the expertise of master wheel builder John Jones (Jones Precision Wheels) who is based in Santa Barbara. We had the pleasure of meeting John at NAHBS and hatched a plan to work together at some time in the future. When Jason contacted us and laid out his plans, we knew there was only one number to dial. I knew that John’s mother hailed form Donegal but it wasn’t until John and Jason started to converse we realised John’s mother came from the very same town. For both John, Jason and ourselves it has brought an even greater meaning to the story behind the bike.

“I cannot help but be mindful that the circle has been closed in a small, symbolic way for me. For my mother, it was necessary to leave Ireland to make her way. At 26, I left England in search of home. Now, a set of wheels that I built in Santa Barbara, California are back in County Donegal, Eire. The dust they kick up will be the same dust my mothers’ sensible black leather shoes disturbed ninety odd years ago. It’s a notion that leaves me humble, silent and filled with grace.”

As for us, we couldn’t be prouder to have an Irish rider compete on an Irish bike in one of the most gruelling events on the planet.

When is a bike not just a bike? When it’s an extension of your mind, body and soul.

You can keep up to date with Jason’s progress and challenges at www.jasonblack.ie

Next Project The Anaconda 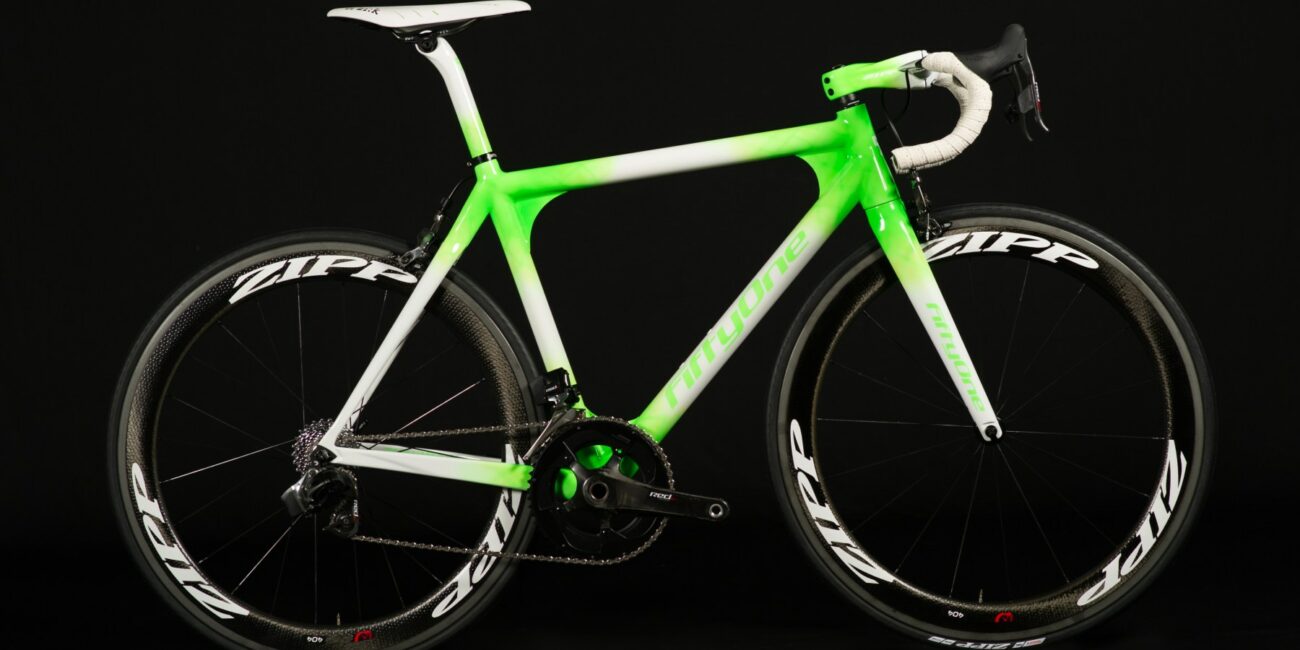