An overworked and overweight 40 something man and the epic parcours of L’Alpe du Huez may not immediately go hand in hand. Out of touch and out of love with the sport of cycling two friends begin to plot their trip to the Tour’s queen stage of the 2004 event. They believe the event will be won & lost on the individual time trial up through the 21 hairpins. Drinks are consumed and the bet is on. No longer content with witnessing the American-German  shoot out they have pledged to conquer the Alpe themselves. Weighing in at over 18 stone (115kg) and having not cycled in over a decade the realisation of the bet, like the hangover started to kick in.

But true to their word the pedals start to turn, the scales starts to tip. Sensations start to creep back into the muscle memory. Pain turns to discomfort and occasionally to pleasure.

The two friends did make it to the top and the journey and friendship continues to this day. Glory like happiness can only be achieved through suffering.

The route would take pride and place and tie in the cockpit, top tube and seat post. It would also serve as a division or tipping point from dark into light.

The yellow & white bands represent the headline acts on the day. Ulrich and Armstrong.

To indulge Trevor’s secondary obsession with Football and notably Liverpool FC, we incorporated the liver bird  and 5 stars in recognition of their champions league success.

Everybody wants a custom bike but Trevor actually needed one. With an exceptionally long femour and short upper torso, an out of the box solution was not going to do. Continuous severe neck pain would would reinforce this observation. The result would be a much longer top tube and considerably higher head tube than he had been used to. Additional clearance to run wider tyres was also added.

The beautiful yet cruel sport of cycling has stripped us of many champions, consumed and destroyed by their obsession.  But it rarely gets the praise for the many men and women it has saved along the way. 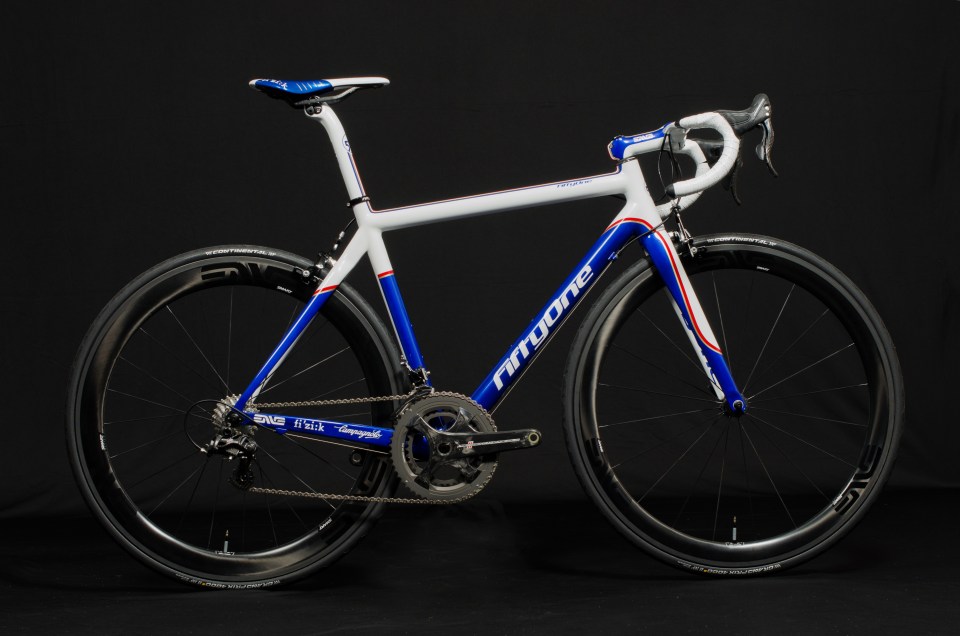