The Dark Side of the Moon

“Cycling was never an obvious choice of recreation living in North Canada,” recalls the owner of this unique frame. As kids, there was a sporting path set in stone for the Northern Canadian youth. When the big chill came around in the latter months of the year, the Ice Hockey culture took full swing and dominated the sporting chatter amongst the informed population. When the temperature rose and with it came the long evenings, the commonwealth’s soccer craze took hold.

Dean was introduced to cycling earlier this decade, when a close friend who was recovering from cancer was in the early stages of training for a charity cycle from Toronto to Austin. The ambitious friend faced a ruthless challenge for one and was in need of a reliable training partner. It didn’t take long before Dean’s wife volunteered her husband on his behalf.

He took off on a new chapter of friendship and personal triumph, taking little time to discover a new passion on two wheels. Following a period of heavy training and developing a strong tie with his friend, Dean decided to take on the event itself: a 1400km route to Texas that would span over the course of 12 days. He figured if he had put the hours, the blood, the sweat and tears into training for the event, why not bite the bullet and take part?

So he did. And when it came around the next year, he did it again. When preparing for the third annual event, he decided to take things up a notch and invest in his cycling. He wanted a machine that would be reliable, perform well and be as comfortable as possible. A custom build was an obvious choice, but from where would he find it?

He did a bit of window shopping online before stumbling upon FiftyOne. Although he had come to a decent understanding of the universal custom frame process, he found that of FiftyOne’s to be “unusual and interesting.” Having decided on the specs, he now needed to think seriously about the design. After all, this needs to be a design that’s indistinguishably yours.

Pink Floyd had always played big part in his life. He had been listening to their music from an early age and credits them as a catalyst in developing the great relationship he has with his son; a 23-year-old aspiring musician who shares his father’s passion for the subtle yet psychedelic music of Pink Floyd. Dean recalls a particularly special moment at a recent Roger Waters gig he attended with his son, and new that tipping the hat to his favourite album – The Dark Side of the Moon – on his FiftyOne was only right.

Dean’s Dark Side of the Moon can now be spotted during the hazy hours of dawn throughout the greater Toronto area. Still pursuing the adventure racing lifestyle, he aims to put 50-60km away every morning and has plans to tackle the infamously harrowing Race Across America. The early starts contribute not only to his physical wellbeing, but also his mindset. “It makes me a happier person. It sets me up for the day ahead.”

For Dean, the idea of going out on a spin or adventure race and seeing not a single bike that resembles his Dark Side of the Moon is invaluable. 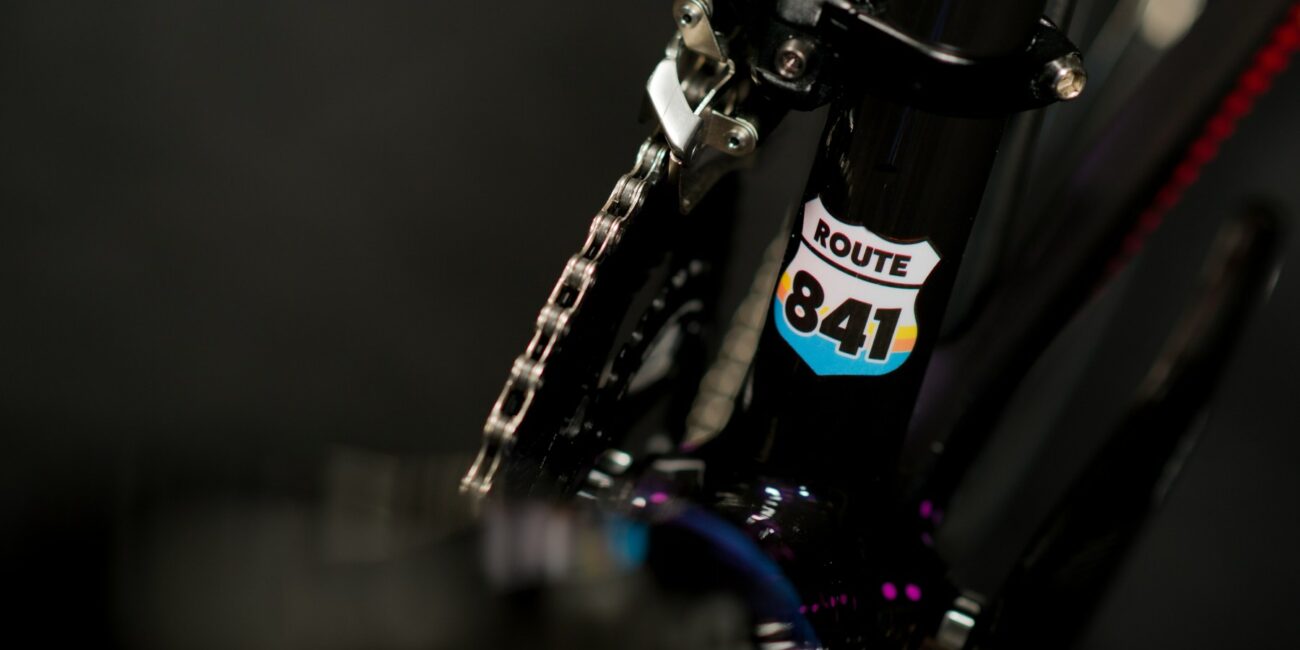