Success is up to you.

When Orla’s father handed down an old, aluminium Lapierre to help his daughter commute to and from college, never for a second did he think that in just three years’ time she would be representing Ireland at international cycling world cups.

At the time, Orla was juggling a demanding postgrad, a full time job and a pretty active social life. Cycling was no more than a convenient way of getting around. And although it was something she passively observed her father partaking in, Orla never showed a major interest.

That all changed when her daily commute transformed into something more fun. Orla and her father would often cycle home from work together through Dublin city and the Phoenix Park; a favourite location for local cyclists given its wide clearways and open trails. Orla’s father would often challenge her to stick to his wheel as together they flew through the park. What started out as an almighty sufferfest soon became a challenge which Orla looked forward to on the daily.

Fast forward a few months and Orla was trading in the late night partying and mid-morning hangovers for early morning coffee stops and late-night turbo sessions.

With a good feel for the bike, Orla joined a club and met some likeminded cyclists. She settled with Orwell Wheelers – former club of Stephen Roche – in which she met a number of other female cyclists, something found few and far between amongst Irish clubs. When Orla committed to her first club spin she didn’t quite realise what that entailed. She opted for the mid-level group, which revealed to be three-hours of hardship across country roads with no food and only a single water bottle. Although taken back, the experience didn’t deter her. Orla continued to attend the spins, each time learning and each time getting that bit better.

With a taste for the road further developing, she set her sights on some open racing. At the time, Orla wasn’t being coached, so the training was mostly improvised.

Unless you’re an experienced racer – or know someone who is – you’re likely unaware of the unwritten rule about showing up to a race with plenty of time to spare. Missing the sign in and not a second to warm up at her first race, a sympathetic commissaire allowed Orla to participate despite her late arrival. Likely shaken by the unfamiliar surroundings, Orla clipped in and set off.

In her first ever open race, Orla finished third. 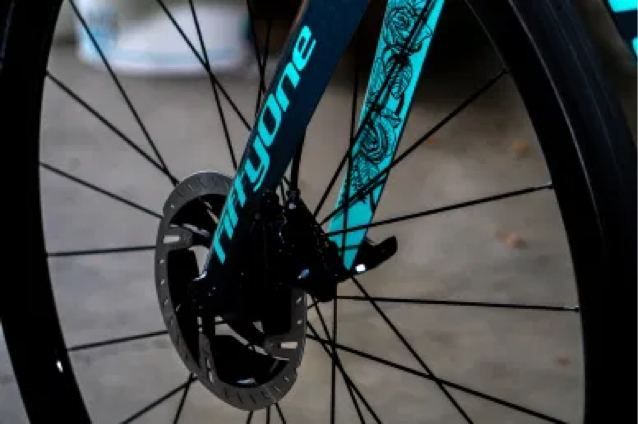 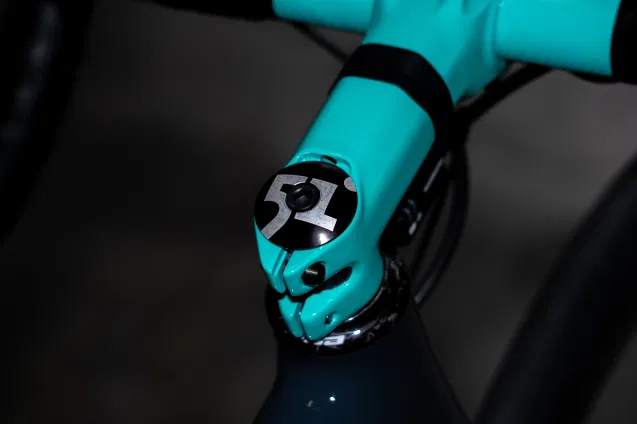 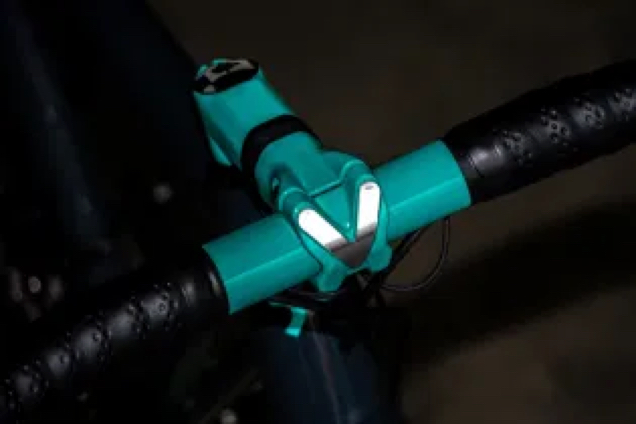 A podium spot came as complete shock, but Orla kept her head down and smashed it when the time was right. To this day, Orla associates the experience she got chasing her father around the Phoenix Park with her confidence and ability in riding within a millimetres of someone’s wheel.

Clearly capable of holding her own on the battlefield, Orla had a taste for success and wanted more. She made the decision to compete in the remaining national series races that year, although her successful podium finish was not a national series event. Perhaps it was down to overthinking, or maybe it just wasn’t to be, but the subsequent races that season did not return nearly the same the results as her glorious debut. Orla struggled to maintain her form throughout the remainder of that year’s national series, often unsuccessful in securing a place within the bunch. It was no doubt a learning curve, one that would put many people off the sport altogether. But perseverance paid off and resulted in a win in her club’s B-league that same season.

Still eager to learn, Orla invested in a new bike – a Cannondale CAAD12 – and decided to get a coach. She set out on a winter training camp in early 2017 to Spain where she was introduced to a range of new racing and training techniques. Soon after that camp she started working with a highly qualified coach in order to adequately prepare for the season ahead. Under her new schedule she was introduced to a series of training methods ranging from intense intervals to long endurance rides. Orla had also learned a great deal in regards to racing technique, which plays an enormous role on the road.

With a new arsenal of equipment and techniques, Orla started the following season with one objective in mind: compete in as many national road series events as possible and try to finish in the bunch. A humble goal some may say, but one Orla was certainly capable of.

Strong start to the season

Orla had a strong start to the season, often sealing a few top 10 places. It was an intimidating but encouraging time for her. She was finding herself in moves with riders she hailed as some of the best the country had to offer, so working with them was a massive honour.

It did not take long for Orla to exceed her expectations of finishing in the bunch. She was getting into sprints at the end of races and with every new PB secured came a hunger to get closer to the win. She didn’t have to wait long though, and after a few hard fought moves she took her first ever win in the Waller Cup in 2017.

With her sudden rise evident amongst the cycling community, Orla applied for a new program advertised by Cycling Ireland which would see female athletes from other sports form a track cycling development team. Despite having not come from a different sport, Orla felt confident in her ability and successfully secured a place on the team.

Despite being still relatively new to the sport, Orla was one of more qualified out of the athletes chosen. Rowers and runners have little experience in chasing breaks and cornering in a bunch, so Orla was hailed as the veteran of the team. Together they would be tested, trained, tested again and trained some more until eventually taking on their first track session.

Although Ireland doesn’t have a velodrome, the Sundrive course is a national favourite for track events and general training. It’s an outdoor tarmac track that caters for several disciplines, and is regularly used by Cycling Ireland. It was a shock to the system for the team. Even Orla, who was the most experienced cyclist of them all, was forced to adapt to the fixed gear, brakeless way of the track. As a team they practiced several techniques and tactics, eventually seeing the day out with a mock race. Orla won, of course, and went to celebrate her victory. She instinctively freewheeled upon crossing the line, launching herself several feet into the sky before crashing down in a heap onto the Sundrive tarmac, shattering her left collarbone. 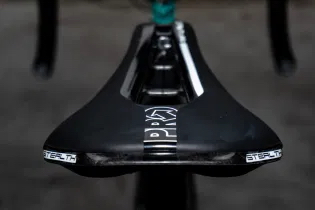 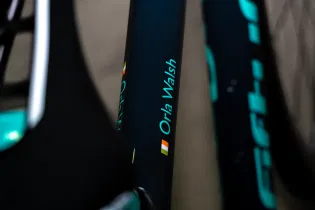 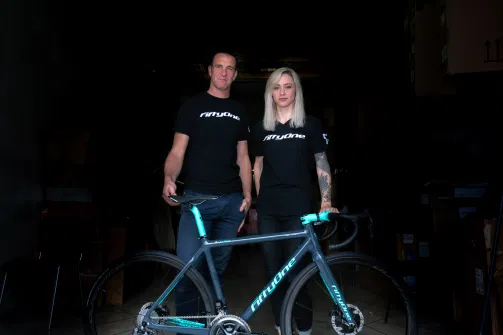 The timing was less than ideal

The timing was less than ideal. The team’s first training camp was to take place in Spain in just six weeks’ time, where they would be given the opportunity to test their new skills in a full-sized indoor velodrome.

Orla took the doctor’s advice with a pinch of salt and resilience, continuing to train on her turbo despite the broken collarbone. She knew that nobody’s position on the team was guaranteed, so the thought of taking it easy and sitting back for 6 weeks just wasn’t feasible. So she persisted, and it paid off. The camp was a success. She did everything she could do and more, solidifying her position on the team.

Not long after that she found herself committing to the full time training life, turning away from the 9-5 office job and moving out to the tropics of Majorca with her teammates in order to focus on their training. She went from dodging taillights in wet traffic jams on the Dublin riverside to putting on an Ireland skinsuit at events across Europe and competing against some of the best in the world. She went from jäger bombs and silk cuts to 40-20s and team pursuits.

Orla’s happy about where she is now. She’s following a dream and looking at the near future. She sets her expectations and goals high, sure, but always within reach of her capabilities. She is unsure of what the distant future holds, but isn’t concerned. Three years ago Orla never expected to be where she is now, so who knows what the next three years will entail? 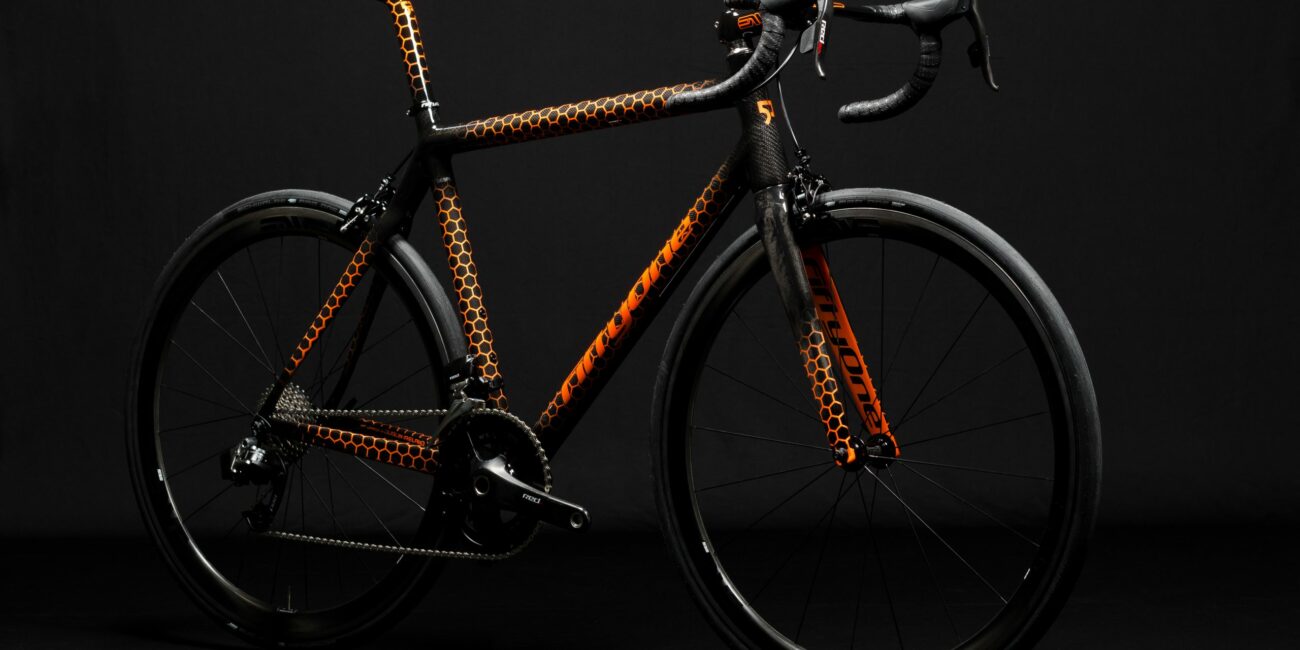