This year see’s the 65th anniversary of Ireland’s iconic stage race. The Ras.

We’ve partnered with AquaBlue academy rider Ronan McLoughlin to create this fantastic tribute bike honouring the race and the riders. We’ve inscribed the 32 previous Irish winners of the event on the bike to celebrate the legacy they have enriched the event with.

We met Ronan at the launch of the race back in March where he already had a few ideas in mind. Apparently, when it’s not raining the Northern lights can be seen from Malin head. Ronan was in love with a photo of the skyline. Anyone paying attention to our previous builds will recall this theme was already the topic of one of our designs. So we knew we could execute on his idea.

What we didn’t know was how to integrate the effect and what the overall theme of the bike should be. And then it came, we were in Dublin’s G.P.O and if that wasn’t enough were at the launch of the 65th Ras. The most savage gritty race in the world! We introduced all the previous Irish winners of the event scattered around the frame. In 2012, Ronan lead for much of the stage, only to be caught on the finishing line. With no less than 4 stages in his kingdom of Donegal this year, we ensured he would have the collective strength of the men of the Ras.

As usual we started with a bike fit but the real value came in the lengthy discussions about what his preferences have been in previous bikes. We started to picture together what this machine should be. How it should corner. How it would respond under acceleration. How it would descend the Mamore gap. Ronan has typically been an in between sizes guy and has always had to sacrifice a longer top tube or accept a higher head tube in the process. This time we could give him the longer top tube but keep the front end low. We built in clearance for 25mm tyres which his previous bike couldn’t cope with. He wanted the bike to be as stiff as possible and prioritised a super rigid front end over the potential saving of a small weight saving. That gave us cart blanch to work in a brand new lay-up which prioritised some additional strategically placed ply’s of uni-directional fibre.

Although pictured here with Etap, Ronan is running Campagnolo Record EPS in the event. The routeing is specific to EPS keeping a super sleek line with no cable guides or gromits. 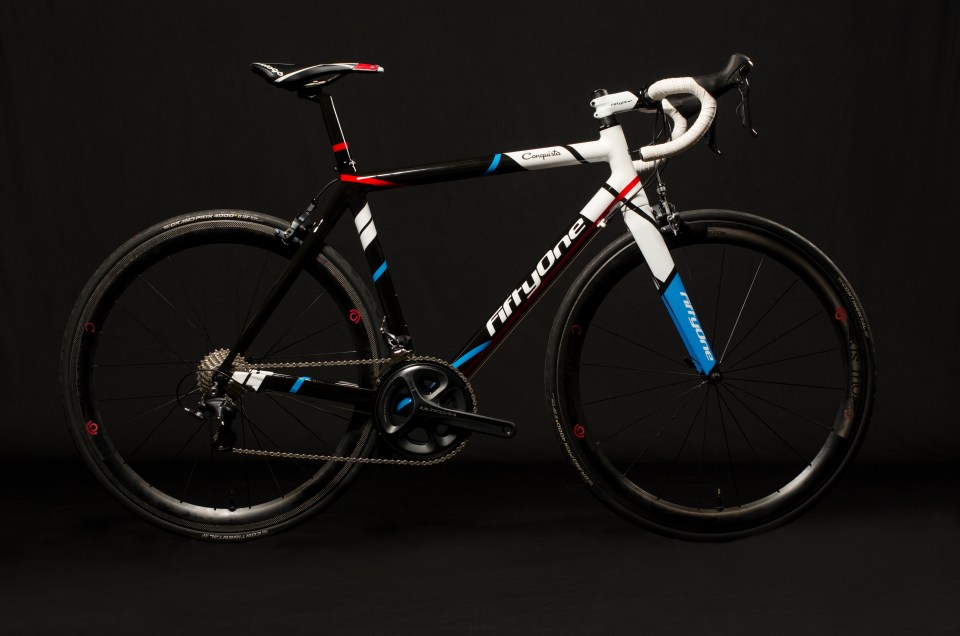